Epicollect5 offers granular access control to projects and their data.

The granular access control enables users' roles and responsibilities to be set so that individuals are given access only to relevant areas or functions of the system.

Currently, Epicollect5 at five.epicollect.net requires public users to have a Google Account as the only option.

We DO NOT store any users' credentials, only the name, email, and profile picture (if available) after a user is successfully authenticated with Google.

Oxford University enforces this for security purposes, as Google offers a very strong level of security (i.e. even a two-step authentication can be set up for extra peace of mind, learn how).

A Google account accepts any type of email, not only Gmail. You can link an existing email to a Google Account. Here is how. Unfortunately, with multiple emails, Google will always log you in with the Gmail one. The best approach would be to create a new Google Account with your non-Gmail email, add that account to your project as a MANAGER user, then transfer the ownership to that account. Please make sure you can log in with both accounts before transferring the ownership.

There are 5 roles available:

If a project has access type 'public', then any user can view and upload data to that project via the mobile client, without any authentication, but editing and deleting a project (or entries) on the server will be based on the above roles and still requires authentication.

Adding users to a project

Users can add other users (with different roles) to a project depending on their user role, see below table:

To add a user to a project, on the project details page click on "Manage Users". Users are divided by roles, and to add one just click on "Add User" on the right.

Enter an email of an existing Epicollect5 user and select the role you would like to set the new user to:

When you start typing an email, existing Epicollect5 users' emails will be suggested. Once the user logs into Epicollect5, access to the project will be granted based on the role specified if the email address matches.

If the user does not exist on the system, you can still add him/her to the project via email.

It is possible to add users in bulk uploading a csv file of user emails, like the one below.

Pick the column which contains the email addresses and select the role to be applied to your new users then click on import.

Your users are now imported.

At any time you can upgrade or downgrade user roles and capabilities.

Find the user you would like to upgrade, for example from COLLECTOR to CURATOR and click the "Switch Role" button.

The user is now a CURATOR

Users can be removed in bulk by role.

For example, to remove all the COLLECTOR users go to the "Collectors" tab and open the context menu on the right.

Users can be exported as a zip file containing the user emails as one csvfile per each role and a global one with all the users regardless of the role. 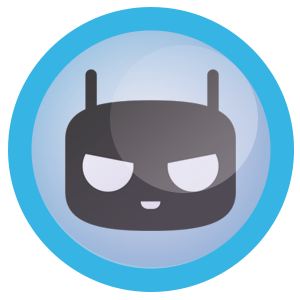